Garage: A Place Where Great Things Happens
You are here 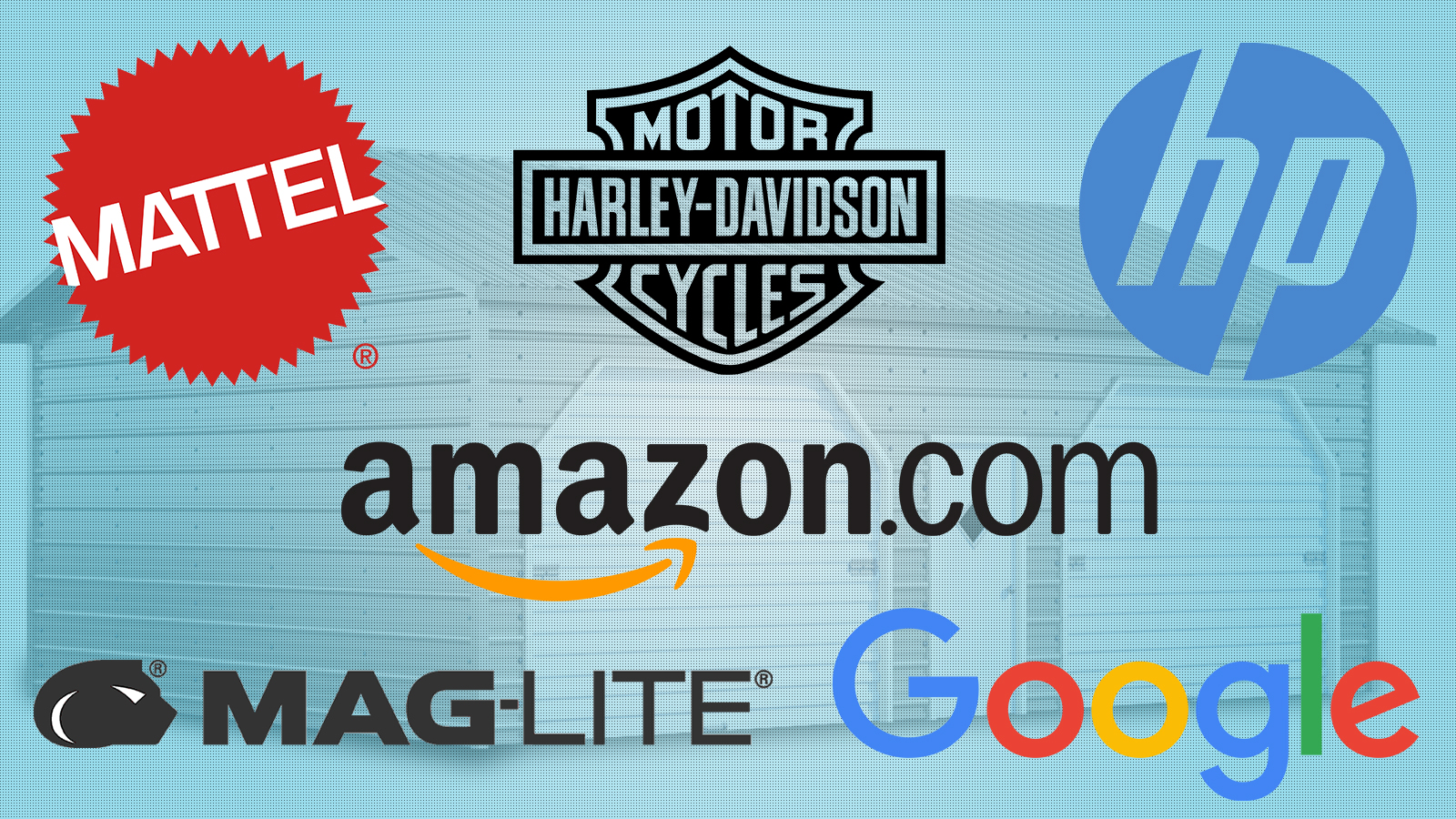 Garages can be so much more than just a place to park your vehicle. Many people have taken that extra space and not only changed their lives, but the world too. How you ask? By beginning a company with nothing but an idea, a great garage to work from and the ambition to stick through the ups and downs of trying something new! Do you have what it takes? Let’s take a look at what others have accomplished for a little inspiration. Are you sitting in your garage yet? Lets know few success stories of well-known companies that started out sitting where you are now – in the garage!

Just after the turn of the 20th Century in 1901, the motorcycle giant Harley-Davidson was born! William S. Harley drew up plans to add a small motor to a bicycle. When he joined forces with his partner, Arthur Davidson they we successful in 1903 in creating what they called the engine drive bicycle. We know that product as the motorcycle and those that have the name Harley-Davidson attached to them are extremely sought after. Many enthusiasts consider them more than just a mode of transportation but works of art to be treasured. The space that all of this occurred in? You guessed it – a garage!

Hewlett Packard began making electronic components in 1939 in a small space in Palo Alto, California. The first groundbreaking product they made was called an audio oscillator. This product is an instrument that generates one pure tone or frequency at a time. Through the years, HP oscillators were used to design, produce and maintain telephones, stereos, radios and other audio equipment.

What began the road to their dominance in the electronics field was that they pitched their audio oscillator to none other than Walt Disney! He purchased 8 of these instruments for the production of the film Fantasia. From here they went on to become the giant they are. The space where they began is now known as the birthplace of Silicon Valley. You know what that space was right?

In 1945 Harold Matson and Elliot Handler were making picture frames as a business. One day they realized that they could make doll houses from the scraps of wood that littered the floor. They soon found that they had more success with the doll houses than their main product at the time! It didn’t take long for Mr. Matson and Mr. Handler to see the light. Quickly that El Segundo, California garage turned from picture frames to doll houses to toys! Today this company is one of the most recognizable names in the toy industry.

Quick! Look around your garage floor. Do you have the makings of an industry dominating company at your feet like they did?

Tony Maglica was living in war torn Croatia and was able to escape that life and move to the United States of America in 1950. After many years of struggling to learn English and taking every job he could, Mr. Maglica was able to make a down payment on a manufacturing instrument called a lathe.  This instrument is a machine for shaping wood, metal, or other material by means of a rotating drive that turns the piece being worked on against changeable cutting tools. Where did he set his up? You’re right – his garage in Ontario, California!

Forming his company in 1974, it took five years until he was able to offer the first Mag-Lite flashlight in 1979. This product is so well made and durable that law enforcement agencies across the country have made it standard issue in the field.

In 1994, Jeff Bezos sat where you are. He had the idea that he could sell online books. He began Amazon.com as the means to do this. It took him about a year to get everything working right – remember those ups and downs I mentioned? When that first book sold he knew that he was on to something!

Three years later he was able to offer IPO – initial public offering of stock. This allowed for the tremendous growth into what we know now as a giant in the online sales arena. First with just books and now with almost anything you can think of Jeff Bezos has come leaps and bounds from his humble beginnings in the garage!

Google started in a garage? You bet it did! In 1998 the creative idea that Larry Page and Sergey Brin had been thinking about for several years started out in the garage of Susan Wojcicki’s in Menlo Park, California! With an incredible desire to try to bring some sort of order and organization to the fast-growing world wide web, these friends created something so revolutionary that their company name is recognized as a verb!

Amazon, Garages, Google, Harley-Davidson, Mattel, Metal Garages
previous postnext post
BUYING TOOLS
tools and information
Check out our tools that helps you in creating your own custom metal building. You can get in touch with us or Call us to know more.

Choose your building colors
with our
color
planner

Try our
COMPONENT
VISUALIZER
to learn about metal building elements

Our Buildings
FAQ's
Your Questions

Get a free quote now or ask us a question, it's free, simple and fast.
We will be happy to answer you.

get a quote
Customize this building

Like a Viking Metal building? Use the form below to get a free Quote.

TALK TO US call to our representatives

Viking representatives are standing by
to help Monday to Friday 9AM-9PM and Saturday 9AM to 2PM EST.

Send us a message and we will get back to you with more information to help you find the right carport and metal building!

Check our frequently asked questions to know all your answers about the metal buildings and how to order.

Our team of dedicated customer service representatives are standing by to help.